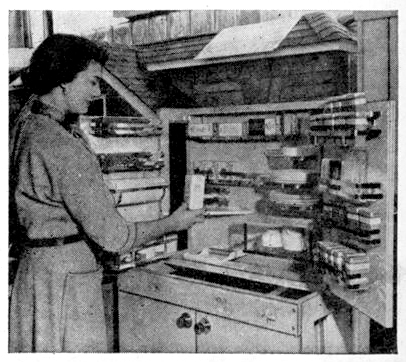 Europeans have been living in apartments for centuries, but the idea of apartment living didn’t really take off in Australia until the mid to late 1990s. Since then, the idea of a low maintenance home, close to amenities, has taken hold. Melbourne and Sydney have embraced apartment living, even when the size of an apartment is only 45 square metres.

Those gazing into a crystal ball in the mid-90s would not have predicted how popular apartment living would become, or how much could be fitted into such a modest space.
Allen Jack + Cottier Architects have been building on the trend to apartment living since the 1990s. But now the apartment towers are larger, with many one-bedroom homes hovering around 50 square metres. Some of these apartments centre on village-like precincts, such as those in Macquarie Park, Sydney, comprising almost 800 apartments.

“Suburbs such as Alexandria, Chippendale, Newtown and Bondi Junction are ideal for such developments. They’re a stone’s throw from public transport, cafes and shops, as well as schools and childcare,” says architect Michael Heenan,  principal of Allen Jack + Cottier. “Schools are critical for buyers of three-bedroom apartments,” he adds.

While 50 square metres is a typical size for a one-bedroom apartment, studio style apartments in the inner city can go as low as 24 square metres in area. “These studios are snapped up. They’re affordable for those wanting to enter the housing market, whether an owner or an investor,” says Heenan. Within this slither of space are a kitchenette, en suite and bedroom that also doubles as a sitting area.

This demand is partially explained by what Heenan refers to as a crisis of accommodation. “In Sydney alone, we should have been building 30,000 new apartments each year to keep up with demand. Instead the figure is closer to 12,000 apartments”. This shortage is expressed in the rents up to $420  a week for a one-bedroom apartment.

“Fifty square metres tends to be the line where banks will agree to lend. The apartments built today might be smaller, but they’re more efficiently designed. A 45-square-metre apartment purchased for $420,000 can easily be rented for $400 per week,” says Heenan.

As well as more efficient planning, there is smaller scale furniture, as well as extensive built-in joinery. According to Cornwell, five years ago, a one-bedroom apartment of 50 square metres, without a car space may have sold in the low $300,000s. Today, a similar product of approximately 45 square metres will be $100,000 dollars more.

“This reduction can be attributed to more efficient floor plans. Building costs have also played a part,” he adds. The bedroom is the first place where space is eliminated (usually three by three metres for a typical bedroom). “You won’t find this space added to living rooms. It’s just part of the process to make smaller spaces more efficient, as well as more affordable,” he adds.

In 2008, Plus Architecture  got into studio apartments, a stone’s throw from Chapel Street, South Yarra.

Comprising 242 one-bedroom apartments covering a mere 38 square metres each (not much more than a standard hotel room which is 32 square metes), the appeal came not only from the location, but importantly the communal amenities provided: lounge, kitchen, bar, gymnasium and laundry. There’s also a rooftop cinema as well as a garden. In 2008, the prices for these apartments, developed by Hamton, went for an average $350,000. “From our experience, we find banks will lend for smaller apartments if they can see it’s a quality development and it’s the right product,” says Yelland.

Yelland sees the current sweet spot for one-bedroom apartments at around 45 square metres. If the apartment is larger than this figure, then a study area is required. “People expect more when there’s even a few additional square metres,” says Yelland.