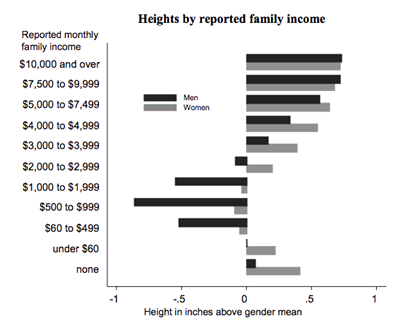 Being tall is expensive. You need more of everything just to sustain yourself, and for most of it either you pay or the environment does. Tall people are an increasing burden on the planet. A 20% increase in height equals a 73% increase in weight. And all those tall people feed, transport themselves, wash and pollute. Seen from that perspective perhaps tallness is not yet expensive enough.

In 2007 the economists Gregory Mankiw and Matthew Weinzierl argued that we should introduce a Height Tax. Although the authors actually proposed it to show such a tax was a bad idea it’s an interesting thought. The money could be put towards compensating some of the negative effects of a higher Hhp. Also higher taxes for tall people would make them less inclined to have children than short people, and thus more short people would pass their “short genes” on.