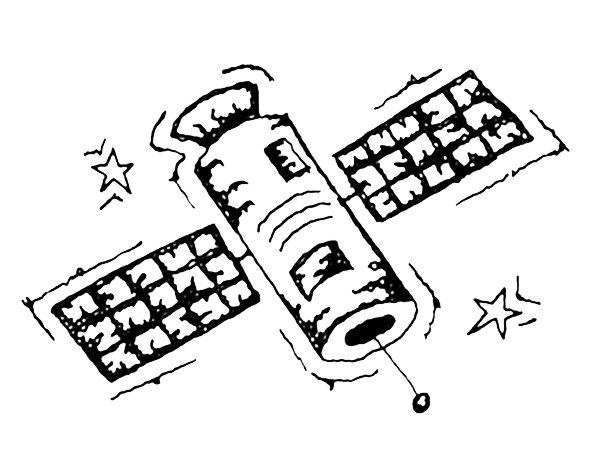 The diminutive CubeSail craft, measuring 30 by 10 by 10 centimetres and weighing just 3 kilograms, has been designed at the Surrey Space Centre at the University of Surrey in Guildford, UK. It has a solar sail that it can use for propulsion – harnessing the pressure of sunlight, just as a boat’s sail harnesses the pressure of the wind – but it can also use the sail as an «orbital brake» to help it de-orbit to a fiery death in the atmosphere.

CubeSail, funded by the pan-European aerospace company EADS Astrium, will be launched into low Earth orbit late next year. At an altitude of 700 kilometres, the «nanosatellite» will unfurl its 5-by-5 metre sail, initially to test its usefulness for propulsion. But after that experiment is complete, says Surrey Space Centre’s project chief Vaios Lappas, the solar sail will be turned away from the sun and its efficiency as an orbital brake will be tested.

Even at this high altitude there are rarefied molecules of the Earth’s atmosphere, and drag from those molecules eventually slows satellites in low Earth orbit enough to bring them to destruction in a blazing re-entry through the thicker layers of the atmosphere below. The sail should increase that drag and send the craft to its doom all the sooner: instead of taking decades to de-orbit, it could take just a couple of years. If CubeSail works, future satellites could be fitted with similar sails that would be deployed when their useful life ends and they become space junk, says Lappas. Or swarms of CubeSails could be flown into orbit, attach themselves to space junk and help de-orbit it faster.